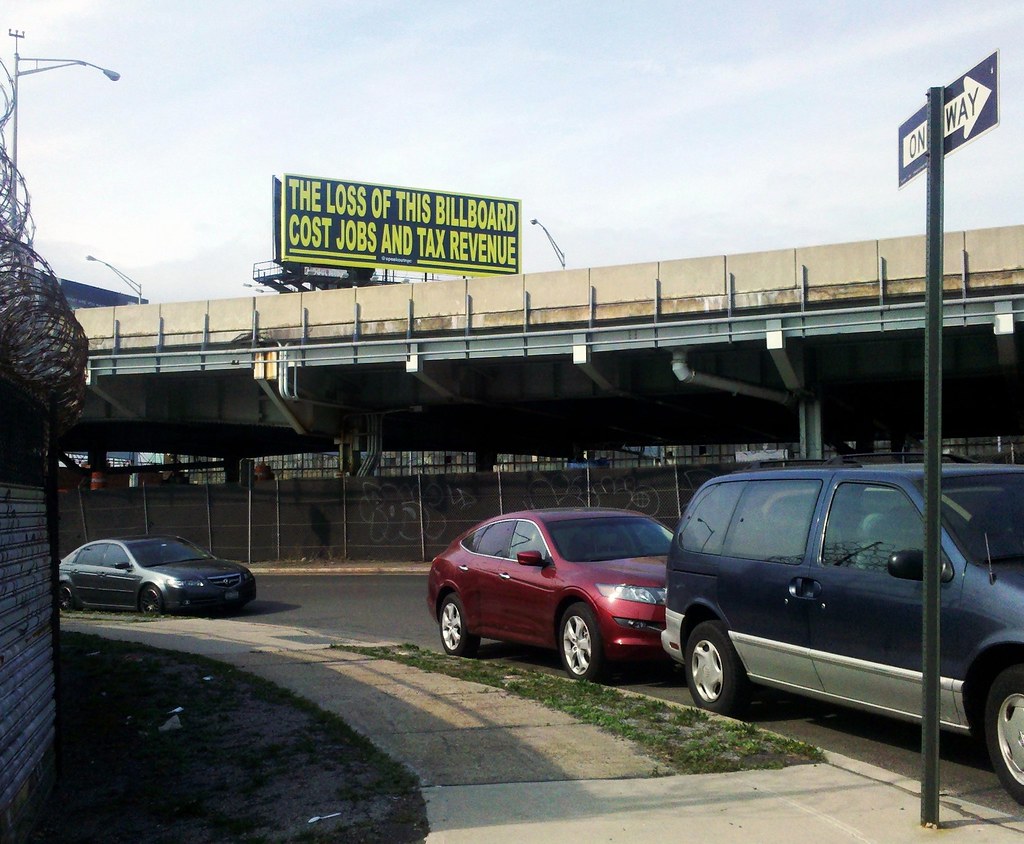 Over the years, outdoor advertising companies have been raking in the money by flouting Buildings Department restrictions concerning billboards: erecting signs that are too large, too close to highways, and/or located on third-party property without a permit. This sign is protesting the city's recent enforcement of those regulations. In essence, it's complaining that jobs in an illegal industry have been lost because laws are being enforced. It's analogous to bemoaning a raid on a brothel because it puts prostitutes out of work. We all feel for those generally innocent workers who've lost their livelihoods, but that's not a justification for allowing the illegal business to continue operating.

To be fair, the city's extremely lax enforcement of these rules in the past has created an environment in which such violations are tacitly permitted. Nevertheless, when you base your business on an illegal activity, you're playing with fire, and you can't expect too much sympathy when you get burned.

If you think billboards in all their forms are crucial to economic vitality, consider the case of São Paulo, the largest city in the Americas, which outlawed all outdoor advertising five years ago. Many businesses were up in arms at the time, claiming that this would cause them irreparable harm. The ban was pushed through anyway, and no one seems worse for the wear today. The new legislation is quite popular with the citizens of Sao Paulo (70% favor it, according to a recent poll), and now it's even supported by many advertisers, who were forced to find more innovative and effective ways to make people aware of their products (guerrilla marketing and internet/social media campaigns). The fact that these subtler marketing tactics can be much more insidious than simple signs is an issue, in my anti-consumerist opinion, but it's an issue that exists whether or not billboards are polluting a city's streetscapes.